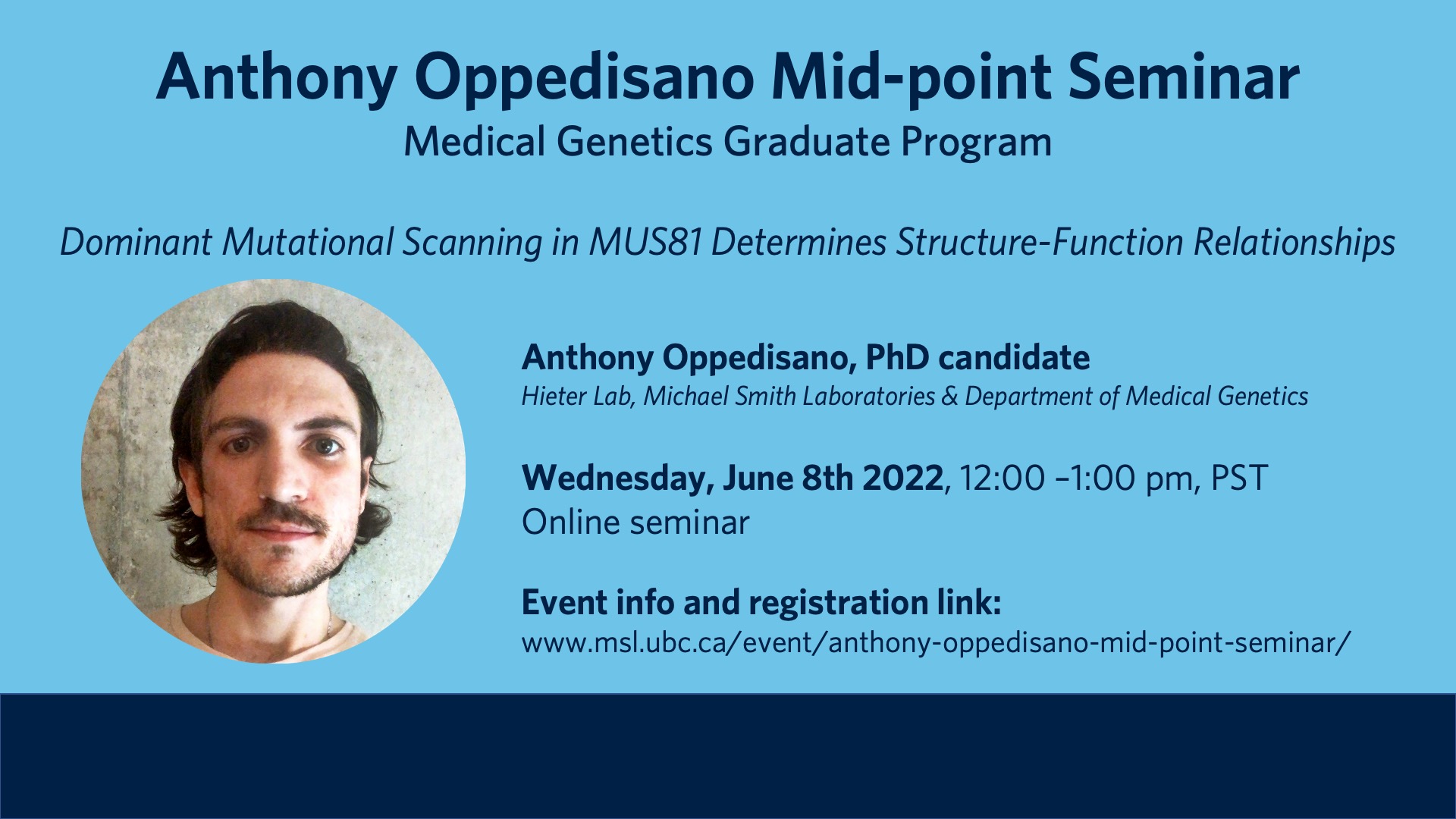 Abstract: The concept of synthetic lethality (SL) holds great promise for the selective killing of cancer cells. However, after more than 20 years only one SL-based anti-cancer therapy has reached the clinic: PARP inhibitors. Successful PARPi’s show that inhibition alone is not sufficient for clinical efficacy. Instead, effective inhibitors “trap” PARP on damaged DNA by disrupting the key allosteric changes required to dissociate PARP from DNA. Trapped PARP-DNA complexes not only create a new cytotoxic DNA lesion, but also block other repair enzymes from repairing DNA damage. As a result, trapping PARPi’s are more proficient in selectively killing cancer cells with DNA repair defects than inactivating inhibitors. Target trapping could be a broadly applicable approach for exploiting DNA damage in tumours. It is probable that other DNA repair proteins can be trapped at sites of DNA damage in tumour cells similar to PARP.

MUS81 is a DNA repair endonuclease associated with increased survival and drug resistance in cancer. Mus81 participates in various repair pathways. Importantly, Mus81 transiently interacts with damaged DNA and depends on allosteric changes for these interactions. As a result, MUS81 is an excellent candidate for DNA trapping as an anti-cancer therapy.

I generated a library of mutations in S. cerevisiae MUS81 to screen for mutations that, when expressed in wild-type cells, cause a dominant sensitivity to MMS, a DNA alkylating agent that mimics the replication stress experienced in some tumour types. Mutations causing dominant hypersensitivity to MMS clustered at the interface of the catalytic domain at amino acid positions conserved across species. Additionally, expressing these dominant mutant proteins in cells lacking endogenous Mus81 causes a greater sensitivity to DNA damage than simple loss of Mus81. The identified residues physically cluster on the 3D structure of Mus81 and highlight a computationally predicted druggable pocket that may guide the design of small molecule inhibitors.