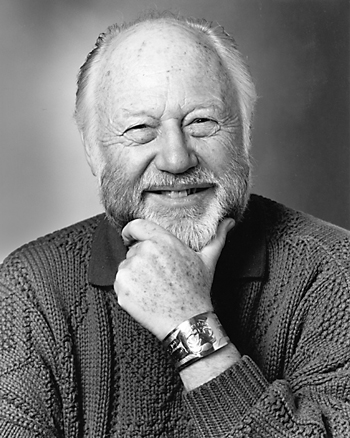 The annual Michael Smith Distinguished Lecture is organized in partnership with the Department of Biochemistry and Molecular Biology and the Michael Smith Laboratories. This annual lecture honours Nobel Laureate Dr. Michael Smith, whose academic career was deeply rooted at UBC and where his legacy continues to inspires young generations of scientists.

Smith’s groundbreaking work in chemical synthesis of DNA that led to the development of site-directed mutagenesis — a technique that allows us to make specific mutations in specific genes and test the consequences of these genetic changes in living cells — has revolutionized the study of biology. Not only was he known for what he accomplished in the laboratory, but also for his generosity and compassion. When Smith won the Nobel Prize in 1993, he donated all of his Nobel prize money to support education and research in Canada, and he convinced the provincial and federal governments to provide matching funds creating a total endowment of more than $2 million.  His good deeds inspired others to donate further.

Organized by the Michael Smith Laboratories and the Department of Biochemistry and Molecular Biology, the first Michael Smith Lecture was held in 2005. Since then, many prestigious researchers have been invited to UBC to share their research with eager students, faculty, and staff. Many of the speakers have gone on to win Nobel Prizes of their own. Below is a list of invited speakers for the Michael Smith Distinguished Lecture.