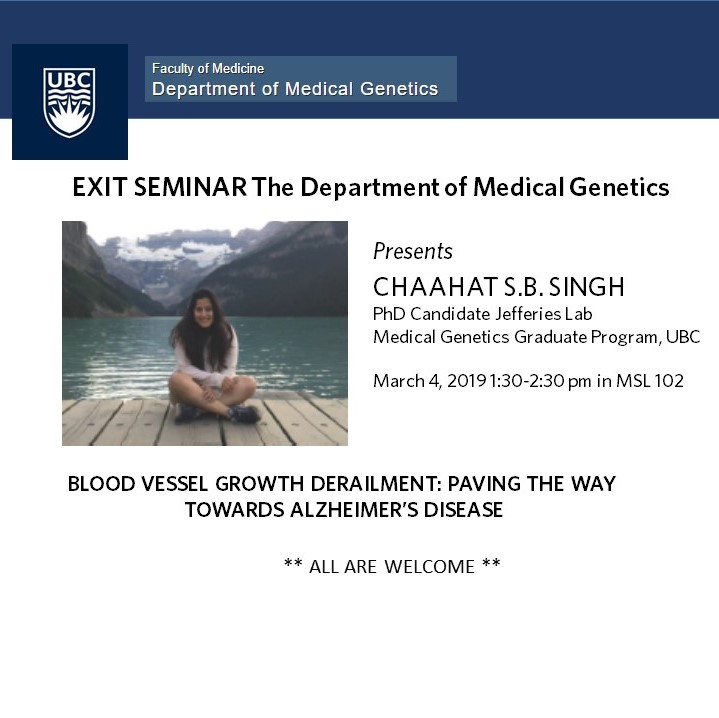 Abstract:
Vascular dysfunction is a crucial pathological hallmark of Alzheimer’s Disease (AD) where the amyloid beta peptide is shown cause an increase in blood vessels in the brains of AD mouse models, a phenomenon seen in AD patients as well. An alternate hypothesis, to the failing ‘Amyloid Cascade Hypothesis’, is proposed here according to which the defective neuro-vasculature disrupts the blood-brain barrier (BBB) and impairs cerebral blood flow (CBF) ultimately leading to other AD pathologies and culminating in cognitive impairment. This study aims in attempting to curb the vascular damage seen in the brains of AD model mice and improve cognition by treating them with anti-angiogenic drugs used for Cancer Therapy. We have also described, for the first time, a mechanism by which amyloid beta leads to the dysregulation of the cerebral vasculature and the disruption of the BBB. An improved understanding of AD pathogenesis will facilitate new preventive and therapeutic interventions for not only AD but also related vascular diseases.