Cracking the code for the cure to ‘corn smut’ 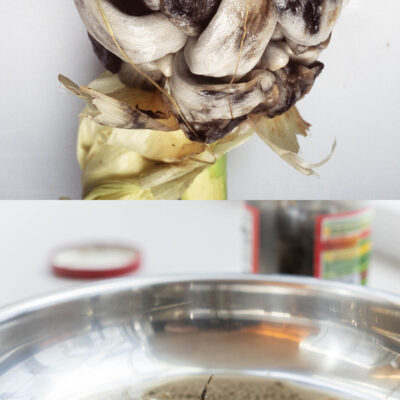 At the same time a prized delicacy and a virulent pest, the fungus Ustilago maydis delights epicureans while frazzling farmers and scientists. Known as huitlacoche to Mexican chefs, the soot-like masses that form tumours within maize cobs are prized for their rich, smokey flavour and have been served in a variety of traditional dishes since the time of the Aztecs. Commonly known as corn smut to the agricultural industry, farmers and scientist have long been plagued by this fungal pathogen. 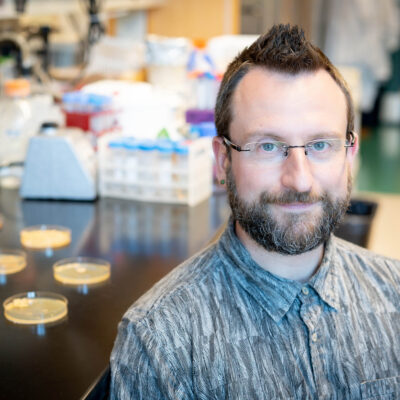 The US agricultural industry faces upwards of a billion dollars each year in losses due to this fungal infection. While the use of this fungus as a specialty ingredient remains niche, the threat to global food security with the enormous loss of staple crops such as maize looms. This pathogen, and others that share its lifestyle, threaten many cereal and staple crops worldwide.

Breaking through from in planta to in vitro

Ustilago maydis is a biotrophic pathogen, living in a parasitic relationship with its host plant, feeding off it without killing it. Once the maize is infected, the fungus commandeers the plant’s functions, diverting nutrients away from the host and feeding itself. Kretschmer’s work reveals a major breakthrough in the study of this persistent pathogen. This is the first time an experiment with Ustilago maydis has been able to mimic the conditions of a living host in the lab. 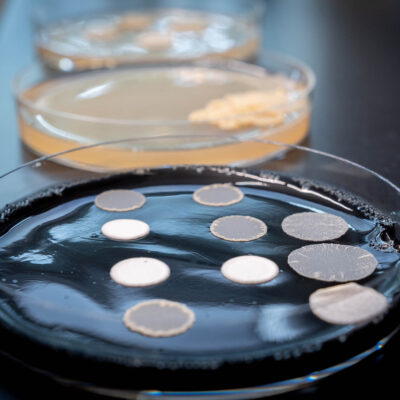 “We are able to partially simulate the disease progression of this fungus in the lab by combining these two carbon sources: glucose and malate,” Kretschmer explains.

Malate is an organic acid used by corn in the process of photosynthesis. Sugars such as glucose, produced by photosynthesis, are the main source of energy for the plant.  By combining these two elements in a test tube, scientists are able to simulate a plant host-like environment to grow Ustilago maydis and observe the disease in detail. The changes to the fungal phenotypes (physical traits) they observe in vitro help them to understand how the disease progresses. During these experiments, scientists observed changes to phenotypes such as the accelerated proliferation of cells (similar to growing tumours in the actual plant), the formation of a glucose-rich polysaccharide matrix and a dark pigment associated with fungal cells.

The melanin production in these cells signal that the fungus is preparing to create spores and reproduce, eventually spreading to other potential hosts. These changes they observed in the lab mimic closely the lifecycle of Ustilago maydis inside an actual plant.

“Until now, no one has been able to observe these phenotypes in the lab setting for biotrophic fungi. To see the in vitro progression of the disease to this stage is phenomenal. It opens up a new field where we can perform in vitro tests and analysis which were not previously possible,” says Kretschmer.

On the way to a cure for corn smut 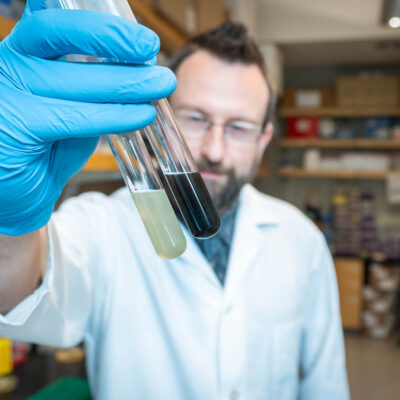 Ustilago maydis cultures in test tubes with and without melanin

Studying pathogenic development in living plants is complex and challenging due to many uncontrollable variables. This novel method of studying the disease progression in the laboratory allows for precision and the isolation of factors that could be crucial to preventing the spread of the disease.

Kretschmer’s research team has already begun testing other biotrophic fungal pathogens under the same successful in vitro model they’ve developed, with promising results. Applying key insights gleaned from this research could help identify new targets for fungicides used to control these crop-devastating infections. Having studied fungal pathogens for over 15 years, Kretschmer is an expert in biotrophic fungi and passionate about solving biological problems. A member of the Kronstad lab since 2009, previously a Postdoctoral Fellow and now Research Associate, these discoveries are the result of many years of dedicated work focused on understanding plant diseases.

“This research helps us to discover what is important for the virulence and pathogenicity of these organisms. With a better understanding of the fungal life, we might be able to cure plants from these diseases. We are on the right track, with more room for more discoveries,” muses Kretschmer.