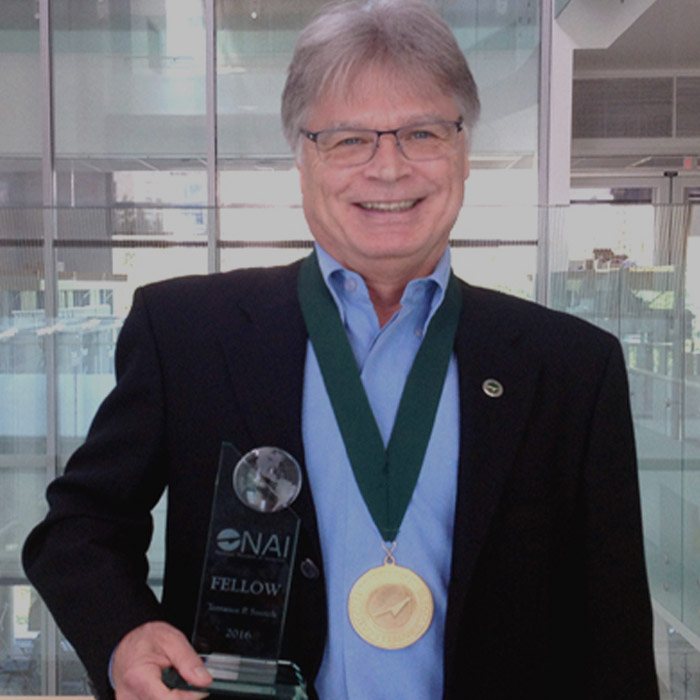 was recently inducted as a Fellow in the National Academy of Inventors, receiving the highest professional distinction accorded to academic inventors in recognition of his work as a “luminary of innovation and invention.” Dr. Snutch, Director of Translational Neuroscience at the Djavad Mowafaghian Centre for Brain Health and Canada Research Chair in Biotechnology and Genomics – Neurobiology, holds 28 US patents and 87 foreign patents licensed to biotech and pharma companies and has made pioneering contributions to molecular neurobiology.

“In addition to Dr. Snutch’s seminal contributions to neuroscience he has made immense translational advances concerning the identification of new drug targets and the design of novel therapeutics and their advancement into human clinical studies,” says Dr. Brian MacVicar, co-director of the Djavad Mowafaghian Centre for Brain Health. “His work on calcium channels together with his innovative drug discovery activities have both contributed significantly to our understanding of multiple brain disorders and led to major breakthroughs concerning novel therapeutic strategies.”

Dr. Snutch was inducted into the National Academy of Inventors at a ceremony at the John F. Kennedy Presidential Library and Museum on April 6, 2017. A rare honour, he is one of only three researchers in Canada inducted into the most recent cohort of Fellows. Dr. Snutch’s statement of induction notes the accolade is “in recognition of exceptional accomplishments in innovation and invention to the benefit of society.”