VANCOUVER, British Columbia and SEATTLE, Feb. 21, 2018 (GLOBE NEWSWIRE) — Pascal Biosciences Inc. (TSX.V:PAS) (“Pascal” or the “Company”) today announced the Company has discovered certain cannabinoids that enhance the immunogenicity of tumor cells, rendering them more susceptible to recognition by the immune system. This discovery is important because the leading class of new cancer fighting agents, termed “checkpoint inhibitors”, activates the immune system to destroy cancer cells. Enhancing recognition of cancer cells with cannabinoids may greatly improve the efficacy of this drug class. Cannabinoids are the chemical compounds which give the cannabis plant its medicinal properties with over 100 different cannabinoids identified. There is a growing body of research demonstrating the effectiveness of cannabinoids in the treatment of cancer symptoms, including nausea, appetite enhancement, and pain management. However, Pascal is the first to identify a mechanism in which cannabinoids may provide a direct benefit in immunotherapy.

Tumor cells often arise in individuals, but they are usually recognized by the immune system and destroyed. The immune system identifies cells as either normal or dangerous in a process called immunosurveillance. Cells that have become cancerous are recognized by cytotoxic T cells, specialized immune cells that target and kill the tumor cell. However, some malignant cells, particularly metastatic cells, employ an immune escape strategy to subvert and avoid recognition and are not recognized and attacked by cytotoxic T cells. This allows the spread of tumor cells to other tissues, potentially leading to fatal disease.

Checkpoint inhibitors are recently approved drugs that activate the immune system to kill tumor cells. These drugs are commercially successful (Opdivo®, Keytruda®, and Yervoy® together had over $6B in 2017 sales) and more importantly, can cure patients with some types of cancer, but only a fraction of patients (generally less than half) respond to the drugs. There are currently many efforts to find drugs that will enhance the activity of checkpoint inhibitors, and Pascal has discovered cannabinoids that activate a key step for immune recognition.

University of British Columbia Professor Wilf Jefferies and his research team in the Michael Smith Laboratories have developed a proprietary assay to discover compounds that can increase immune recognition of tumor cells. Dr. Jefferies, the scientific founder of Pascal, and his team screened thousands of natural products and subsequently identified certain cannabinoid molecules which have the greatest potency in their assay. While different cannabinoids show numerous biological and pharmacological effects, this is the first demonstration of immune activation by individual cannabinoids. Scientists from both UBC and Pascal have demonstrated that specific cannabinoids have strong potency on both mouse and human cancer cells.

“We are very excited about this novel discovery,” commented Dr. Patrick Gray, CEO of Pascal Biosciences. “Cannabinoids typically have good pharmacological properties, as most have low toxicity and are easily absorbed into the blood, which are great advantages for drug development. In combination with immune checkpoint inhibitors, cannabinoids may significantly improve cancer care. We look forward to soon translating our results into clinical studies.” 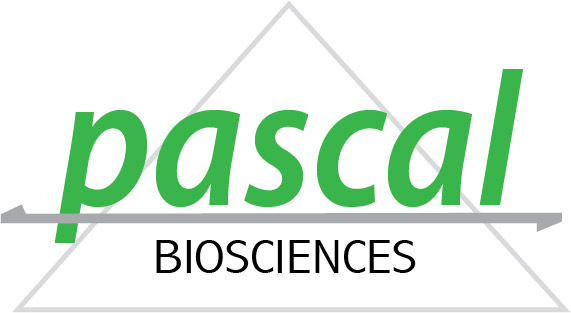