Just like the human gut and skin, plant roots and leaves are covered with microbes. Some microbes are harmless or even beneficial, while others are pathogens with the potential to cause disease. In a recent publication in the ISME Journal, Dr. Ryan Melnyk, a former Postdoctoral fellow in Dr. Cara Haney’s laboratory, provides evidence that bacterial strains in the plant-associated bacterial species, Pseudomonas fluorescens, can switch from commensal to pathogenic through gene acquisition and loss.

On the focus of the paper, Dr. Melnyk said, “The main goal was to reveal the genetic and evolutionary events that can cause closely-related bacteria to switch from beneficial to pathogenic.” 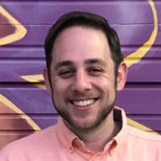 Gene acquisition is an important mechanism through which bacterial evolution occurs. Like most plants and animals, we humans inherit our genetic material “vertically” from our parents, however, bacteria are able to adopt genes “horizontally” from other microbes sharing the same environment. This mechanism (“horizontal gene transfer”) has a dramatic effect on bacterial evolution, notably including how antibiotic resistance is spread rapidly through bacterial communities.

In this study, Dr. Melnyk showed that horizontal gene transfer followed by homologous recombination into the genome could result in bacterial transitions from commensal to pathogen or vice versa. This process requires the flanking DNA regions around the transferred gene(s) to be the same as, or similar enough to, the integration location in the recipient genome, and so it is a way to share genetic material among closely-related strains.  Dr. Melnyk explained how he found evidence of homologous recombination, saying “Since bacteria do not make fossils, we have to use the DNA of modern plant-associated bacteria to find evidence for past events. By looking closely at signals in the genome, we could identify instances where genes jumped in or out of different lineages of bacteria.” 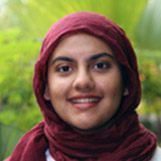 As a part of this study, the researchers identified markers of pathogenicity and commensalism. The authors found that two genetic islands, designated LPQ and T3SS, are associated with pathogenic and beneficial strains, respectively. LPQ gene clusters encode lipopeptides, similar to pore-forming plant-toxins of pathogenic Pseudomonas species. The T3SS (type III secretion system) gene cluster identified in the paper might be responsible for beneficial interactions between the Pseudomonas and the plant.

Using these genomic markers, the authors discovered that lifestyle classifications break down over short evolutionary distances, meaning that very closely related P. fluorescens strains might affect hosts differently. For example, a specific strain (DF41) acted in a beneficial manner when in isolation, but would exacerbate the traits of a pathogenic strain through inter-strain communication, known as quorum sensing. This example shows that knowing the identity of a strain is not sufficient enough to predict its behavior in a host plant, which complicates our understanding of the microbiome. However, this study shows that considering the evolution of the genome of rhizosphere bacteria can reveal important features of plant-associated lifestyles.

Thinking small in the face of climate change

Discovery of new genes in root microbiome: harmful or helpful for plants?