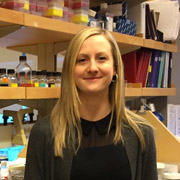 Diarrheal infections remain a major problem, even in developed countries. To infect their host, human gut pathogens such as enteropathogenic E. coli (EPEC) and enterohemorrhagic E.coli (EHEC), rely on elaborate membrane-spanning systems to adhere to the epithelial lining of the gastrointestinal tract, and inject proteins into the host cells which lead to infection. To study bacterial pathogenesis and the role of the microbiota during infection, scientists commonly infect mice with Citrobacter rodentium as a robust model system. Dr. Stefanie Vogt, a postdoctoral fellow in Prof B. Brett Finlay’s laboratory, investigated factors that govern the deployment and maintenance of critical virulence factors in bacterial pathogens in a new research paper published in Molecular Microbiology.

In bacteria, environmental cues are recognized and transmitted by specialized signalling systems. Previous studies identified one such system in C. rodentium, called Cpx, that when deleted, resulted in the reduction of virulence in mice. However, the molecular mechanisms behind this response remained unclear. “We didn’t know what genes were affected by the Cpx response, and which of these genes might be important for infection,” Dr. Vogt explained. “The purpose of the study was to understand why this pathogen needs the Cpx response for infection, since this system is one of the most important genetic regulatory systems for bacterial survival in the host gut.” 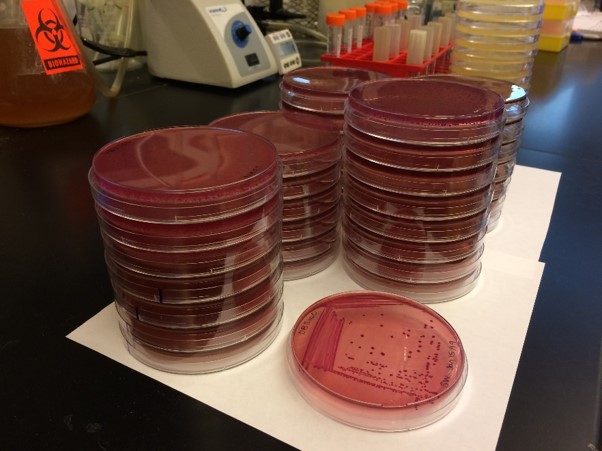 In collaboration with Prof Leonard Foster’s lab group, Dr. Vogt used a parallel transcriptomic and proteomic approach to identify the genes under the control of Cpx, collectively referred to as the Cpx regulon. She determined that a subset of the genes in the regulon were differentially expressed in the absence of Cpx, and by systematically deleting each of these genes and observing the level of infection in mice, discovered that the deletion of two genes, degP and dsbA, resulted in significantly attenuated infection by C. rodentium. These genes code for proteins that may be involved in sensing and correcting the misfolding of envelope proteins critical for virulence. However, in follow-up in vivo experiments, Dr. Vogt obtained some unexpected results. “The fact that the two gene deletion mutants attenuated infection was not surprising, but what was surprising is that in vivo, these genes are not under the sole control of Cpx.” These results suggest that while the Cpx regulon contributes significantly to the virulence of C. rodentium, other currently unknown factors likely play a contributing role. Future studies will build on these findings and further delineate the role of each gene in the Cpx regulon and their collective impacts on the pathogenesis of C. rodentium.