In a news release distributed today, it was announced that Dr. Marco Marra, Associate Member at the Michael Smith Laboratories and Director of Canada’s Michael Smith Genome Science Centre (GSC) at BC Cancer, has been selected for induction into the Canadian Medical Hall of Fame. Dr. Marco Mara is also Head of the Personalized Oncogenomics project at BC Cancer, one of the first applications of whole genome sequencing in a clinical setting, using information derived from thousands of individual cancer genomes and transcriptomes to identify promising therapeutic targets in individual patients

Canadian Medical Hall of Fame Laureates are Canadian citizens whose outstanding leadership and contributions to medicine and the health sciences, in Canada or abroad, have led to extraordinary improvements in human health. Their work may be a single meritorious contribution or a lifetime of superior accomplishments. Pioneers in their field, they are role models who inspire young Canadians to pursue careers in the health sciences. 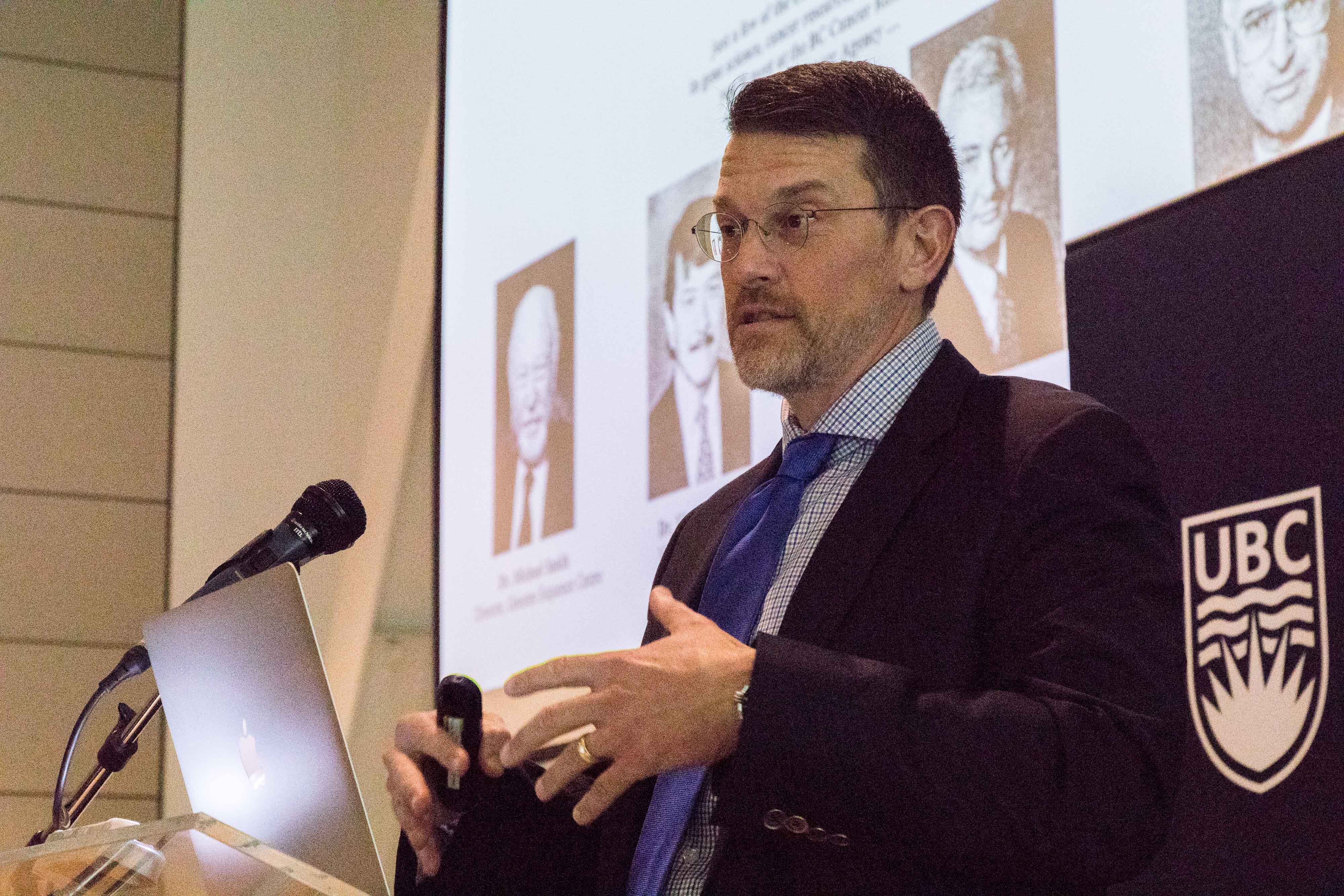 About the Canadian Medical Hall of Fame

The Canadian Medical Hall of Fame (CMHF) celebrates Canadian heroes whose work advances health in Canada and the world and fosters future generations of health professionals through the delivery of local and national youth education programs, scholarships and awards.

In 2018, Dr. B. Brett Finlay, Professor in the Michael Smith Laboratories and the Department of Microbiology and Immunology, was inducted into the Canadian Medical Hall of Fame.