Without enzyme catalysts, many reactions would be too slow to be useful. Enzymes are highly sophisticated macromolecules of living organisms that accelerate chemical reactions, such as breaking down nutrients to supply energy. As pollution and toxins enter the environment, organisms are promoted to adapt which can lead to the emergence of new enzyme functions, observed at the molecular level.

The intricate molecular process by which enzyme evolution occurs has fascinated scientists for decades, provoking questions such as, how does nature evolve enzymes to allow an organism to use foreign substances as nutrients for energy?

To better understand this process, researchers from the Michael Smith Laboratories, in collaboration with the Bornberg lab, the Jackson lab, and the Kamerlin lab, decided to take a closer look at the enzymatic pathway that allows a bacterium to “digest” a substance that only emerged in the industrial age.

Mutations work together to pave the path for enzyme evolution 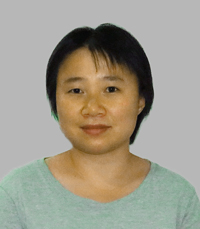 In a new paper published today in Nature Chemical Biology, the researchers found that several mutations hypothesized to drive enzyme evolution formed a complex interaction network that seems to carve out a specific evolutionary path for enzymatic function development.

“There’s a phenomenon known as ‘epistasis’ that happens in proteins where you have various mutations that interact with each other,” explains Gloria Yang, lead author of the paper and a graduate student in Dr. Nobuhiko Tokuriki’s lab. “When they interact, you see that the outcome becomes different from what you would expect if they didn’t interact.”

This phenomenon of epistasis was demonstrated in this study when the researchers found that certain evolutionary these critical mutations worked together as a part of a network to constrain pathways. Taking the approach to the next level, they discovered that minor chemical modifications of the substrate drastically changed the enzyme’s network affecting its intramolecular interactions. These findings suggest that the mutations did not work alone, but rather as a group that is guided by interactions with the substrate to determine how the enzyme evolved. 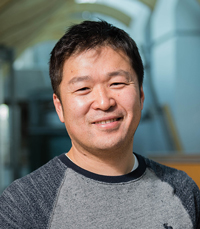 Yang’s approach to the study of enzyme evolution expanded on previous methodology as she combined ancestral sequence reconstruction – a method to identify the enzyme that was the origin of the evolutionary process – and adaptive fitness landscapes with biochemical, structural, and mutational analyses for deeper molecular insights into both enzymatic and evolutionary mechanisms.

“A lot of times, people use adaptive fitness landscape to look at the evolution trajectories and see how few or many paths are possible,” said Yang. “In this case, we demonstrated how we could repurpose this approach to get an idea of what’s happening on the molecular side and to see which of the residues interact with each other, and how they interact with the substrate.”

Yang elaborated on the benefits of using adaptive landscapes as a part of her analysis and said that it provided more insight into various enzyme mechanisms than traditional approaches alone. She hopes that more people will use adaptive landscapes as a part of their statistical analysis and that the study can deepen the understanding of enzyme evolution at the molecular level.

A word on basic research

Yang’s research is categorized as ‘basic research’, which is often undervalued as it tends to have no immediate impact. Basic research, however, takes time and acts as an investment that provides information that can lead to major scientific breakthroughs. When asked why basic research is important, Yang said, “For me, it’s the curiosity factor and understanding just how the world works. You might not realize it right now, but later down the line, I think, everything is connected in some sense.”