Written by Justin G. A. Whitehill from the Bohlmann lab, Michael Smith Laboratories 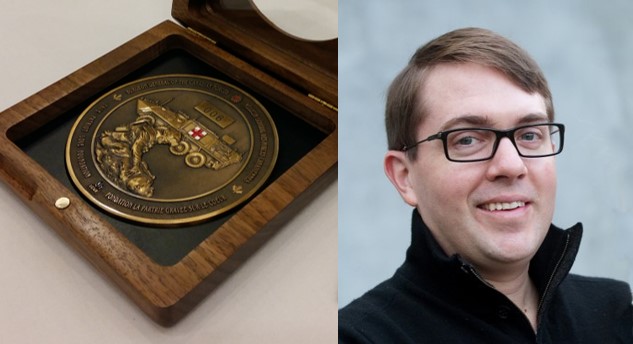 Dr. Christian Kastrup was awarded the 2016 Major Sir Frederick Banting MC, RCAMC Award from the Canadian Institute for Military and Veteran Health Research (CIMVHR). The award honors Major Sir Frederick Banting, physician, world-renowned researcher, and Nobel laureate who discovered insulin. The award was given to Dr. Kastrup for findings he published with PhD student James Baylis titled Self-propelled particles that transport cargo through flowing blood and halt hemorrhage. The research lays the foundation for treating one of the leading causes of death identified by the Canadian Armed Forces, severe hemorrhage (bleeding). Dr. Kastrup’s research directly addresses this problem. Dr. Kastrup and his lab have developed the first self-propelled particles capable of delivering coagulants to damaged blood vessels against the flow of blood. The treatment is currently in development and is nearing the point where a formulation could be produced that meets the criteria for a drug. Once a suitable drug formulation is developed, human trials could be on the horizon.

In addition to treating severe hemorrhage caused by trauma, Dr. Kastrup is actively exploring other applications of the new technology. These applications include targeted treatments following endoscopic surgery of the sinus or GI tract, and life saving treatments for postpartum hemorrhage. Dr. Kastrup said, “these technologies could potentially treat some of the most severe cases of hemorrhage.” Severe hemorrhage is considered a potentially survivable condition by the Canadian Armed Forces if better hemostatics existed. Thanks to Dr. Kastrup and his research team, better hemostatic treatments do exist, and will be available in the near future. 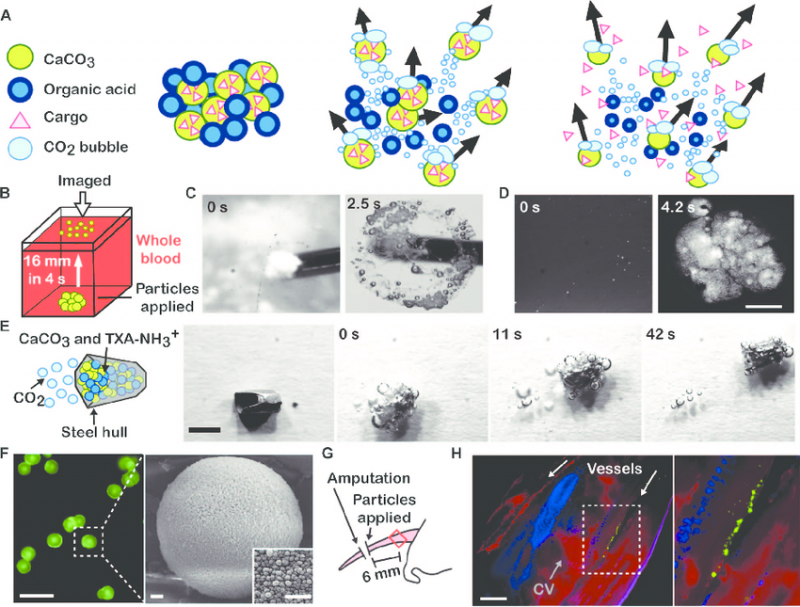