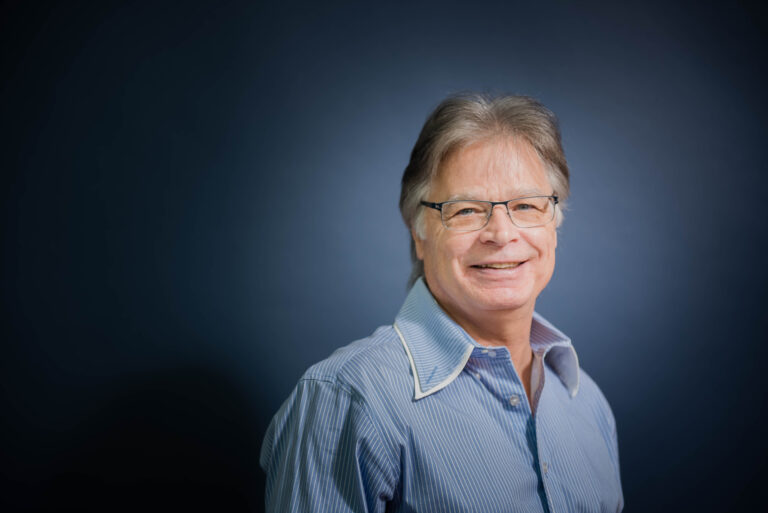 The UBC Department of Psychiatry, Michael Smith Laboratories, and the Djavad Mowafaghian Centre for Brain Health are delighted to announce that Dr. Terry Snutch has been awarded the prestigious 2021 Bill and Marilyn Webber Lifetime Achievement Award. By way of this award, the Faculty of Medicine recognizes extraordinary members who have had sustained and distinguished careers at UBC in the areas of research, teaching and service.

Dr. Snutch has been a long-serving faculty member at UBC since 1989, holding joint appointments as a Professor with the Michael Smith Laboratories, the UBC Department of Psychiatry and the UBC Department of Zoology.  He is currently a member of the Djavad Mowafaghian Centre for Brain Health, and also serves as Chair of the Canadian COVID-19 Genomics Network. He was inducted as a Fellow of the Royal Society of Canada in 2001, the Canadian Academy of Health Sciences in 2008, and in 2016, as a Fellow of the National Academy of Inventors. Over his long and esteemed academic career, Dr. Snutch has made numerous outstanding and impactful contributions to the University, to his field of expertise, and to the broader scientific community.

Dr. Snutch is regarded internationally as a foremost expert and pioneer in molecular neurobiology. His ground-breaking work has laid the foundation for a number of important areas in the broad field of calcium channel research, and has greatly contributed to the understanding of fundamental mechanisms in neurobiology.  He achieved a number of important firsts in this area, including his novel findings demonstrating that the brain expresses a functionally diverse family of calcium channels, and also describing and elucidating the previously unknown R-type calcium channel, as well as new genes encoding multiple L-type and T-type. His translational research has resulted in the development of new therapeutic targets relevant to multiple neurological diseases. As well, Dr. Snutch made seminal contributions to the cloning of both the first brain serotonin receptor and brain voltage-gated sodium channel. Later in 2014, he joined in the development of 3rd generation nucleic acid sequencing involving Oxford Nanopore’s nascent nanopore-based platform, leading efforts to pioneer the development, testing and employment of wet lab protocols and bioinformatic analyses, and helping to propel this novel sequencing technology to world-wide usage.

More recently, in response to the COVID-19 pandemic, Dr. Snutch recognized and predicted the important role that SARS-CoV-2 genome sequencing would play in Canada’s ability to identify and track viral variants. He initiated a pan-Canadian action plan to collaboratively sequence SARS-CoV-2 genomes from thousands of Canadian patients in order to identify the relatedness between COVID-19 cases and also track how the virus has been spreading. The resultant Canadian COVID-19 Genomics Network (CanCOGeN-VirusSeq), chaired by Dr. Snutch, received $20M in funding via Genome Canada, engaging all 14 Canadian public and federal health laboratories, approximately 40 hospitals, and multiple sequencing centres and academic units. To date, VirusSeq has sequenced the genomes of over 120,000 patient samples, and was a key tool in confirming sources of cross-border introductions and the identification of community transmission. Dr. Snutch’s leadership has been instrumental in the identification and tracking of all current COVID-19 variants of concern in Canada, and this crucial data has been actively shared nationwide to inform both provincial and national COVID-19 health policies.

Throughout his career, Dr. Snutch has garnered national and international recognition in the form of significant awards and honours. During the 1990s, he received the Scientist Award by the Medical Research Council of Canada, the International Albrecht Fleckenstein Award, and the Steacie Prize, Canada’s most prestigious award presented to young scientists and engineers for outstanding scientific research carried out in Canada. In the 2000’s, he received the CIHR Senior Investigator Award, the PolyPops Foundation Award from the Society for Biomolecular Screening , and a ranking in the Top 1% Scientists Worldwide by the Ion Channel Media Group. Since 2010, Dr. Snutch has received the Sarrazin Award by the Canadian Physiological Society, the Pfizer Neuropathic Pain Research Award, as well as an Honorary Lifetime Professorship from China Medical University. Arguably one of FoM’s most prolific and visionary innovators, Dr. Snutch has been issued an impressive 116 U.S. and international patents concerning the design of novel drugs aimed at treating brain disorders, new drug targets, screening methodologies, and improved oral formulations. Deservingly, he was named a finalist for the Ernst & Young Entrepreneur of the Year Award, the most prestigious award for entrepreneurial pioneers and innovators across North America.

Dr. Snutch’s myriad ground-breaking contributions in the areas of neuronal physiology, pathophysiology and therapeutic intervention, and the significant impact of his translational research in providing the basis for new therapeutic targets, define a rare and exemplary career. Through these accomplishments, Dr. Snutch has demonstrated his tireless dedication to upholding excellence in research, and laying the foundation for innovations that will transform health care.

We heartily congratulate Dr. Snutch once again on this outstanding and well-deserved recognition!

Originally published by the Department of Psychiatry, in the Faculty of Medicine