A recently released study shows asthma rates are falling thanks to efforts by physicians to avoid prescribing antibiotics to young children, except when necessary. The study shows that being prescribed antibiotics within the first 12 months of life is associated with almost double the risk of being diagnosed with asthma by age of five.

The study, recently published in The Lancet Respiratory Medicine, suggests that careful antibiotic use in children under the age of one is important to help preserve the diversity and abundance of healthy gut bacteria, making children less susceptible to developing asthma later in life.

“After decades of rising rates of asthma in Canadian kids, that trend is finally reversing,” says senior author Dr. Stuart Turvey, a professor in UBC faculty of medicine’s department of pediatrics, where he holds the Aubrey J. Tingle professorship in pediatric immunology. Dr. Turvey is also the Canada Research Chair in Pediatric Precision Health, a pediatric immunologist and investigator at BC Children’s Hospital. “This research points to the powerful role ‘good’ bacteria play in health and disease that takes us a step closer towards our goal of finding a way to identify babies at risk for asthma and to develop new treatments that would prevent the development of this chronic disease.”

“This research points to the powerful role ‘good’ bacteria play in health and disease that takes us a step closer towards our goal of finding a way to identify babies at risk for asthma and to develop new treatments that would prevent the development of this chronic disease.”
~ Dr. Stuart Turvey 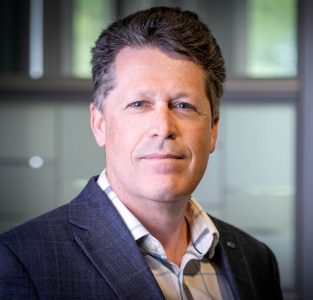 The study, conducted by researchers from UBC, BC Children’s, and the BC Centre for Disease Control (BCCDC), examined population-level data on childhood asthma and antibiotic use in B.C. and evidence from individual children about what happens to microbes in a child’s gut when antibiotics are prescribed.

The findings support efforts to use antimicrobial drugs like antibiotics carefully and appropriately to preserve their effectiveness and prevent antibiotic resistance. For example, among the kids who received antibiotics before their first birthday and developed asthma by age five, researchers found their gut bacteria were less diverse overall. Significantly, they lacked several key bacteria whose absence is known to impact the overall functioning of the immune system and has been previously linked with a higher risk of developing asthma.

Currently, asthma affects eight per cent of Canadian children and costs the health-care system more than $2 billion each year. While asthma diagnoses in Canadian kids tripled in the last half of the 20th century, incidence of the disease and associated hospitalizations are now declining.

“The threat of antibiotic resistance was already reason enough to reduce unnecessary antibiotic use,” said first author Dr. David Patrick, a professor with UBC’s School of Population and Public Health and director of research and medical lead of the antimicrobial resistance program at the BCCDC. “This research suggests that declining use is doing more than slowing down antibiotic resistance, preventing drug reactions and reducing costs. It also appears to reduce the risk of asthma – childhood’s most common chronic disease. With antimicrobial resistance a worldwide health and economic threat, findings like this reinforce efforts to use antibiotics more carefully.”

“Good bacteria play a vital role in childhood health and development,” said Dr. B. Brett Finlay, a professor in the faculty of medicine’s department of biochemistry and molecular biology. Dr. Finlay is also the Peter Wall Distinguished Professor in the Michael Smith Laboratories and the department of microbiology and immunology at UBC. “As this research shows, nurturing a diverse and robust microbiome, including the prudent use of antibiotics, can play a key role in the healthy development of a child’s immune system and lead to life-long benefits.” 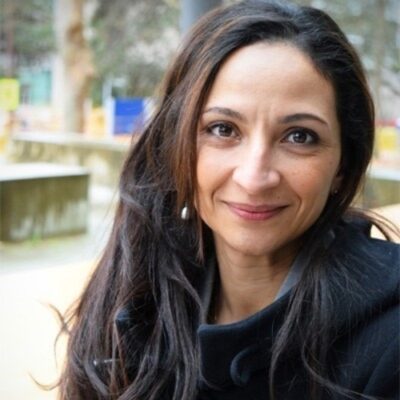 Study participants were recruited as part of the CHILD Cohort Study launched in 2008 by the Canadian Institutes of Health Research (CIHR) and the Allergy, Genes and Environment Network (AllerGen NCE). Since 2008, CHILD investigators have tracked the health, growth and environments of nearly 3,500 children across Canada from birth and made important discoveries about how asthma and allergies develop.

“Thanks to the participation and dedication of our CHILD families, we had access to a rich collection of genetic, biological and environmental data,” said Dr. Hind Sbihi, study co-author and UBC postdoctoral fellow in the department of pediatrics and instructor in the School of Population and Public Health. “It allowed us to show that this population-level connection between declining antibiotic use and asthma diagnoses is happening at the individual level and helps to pinpoint the role that healthy gut bacteria play in the development of a baby’s immune system and the prevention of immune-mediated diseases like asthma.”

Previous research from UBC and CHILD has shown that children who are missing four types of gut bacteria at three months of age are more likely to develop asthma. Other CHILD studies have identified the protective effects of a vaginal delivery and direct breastfeeding in promoting a healthy gut microbiome to reduce the risk of asthma.

Dr. Turvey is co-director of the CHILD Cohort Study and the Vancouver site study lead.

Dr. Patrick led the population level evaluation at BCCDC. Population-level data for this study was provided by BC PharmaNet and the BC Ministry of Health Chronic Disease Registry.

This article was originally published by the Faculty of Medicine.

#LabLifeLessons: A Brief History of Discovery – How Applied Science Relies on Basic Research

Is the key to unlocking asthma treatment hidden in our microbes?

How B.C. scientists are addressing the COVID-19 testing challenge