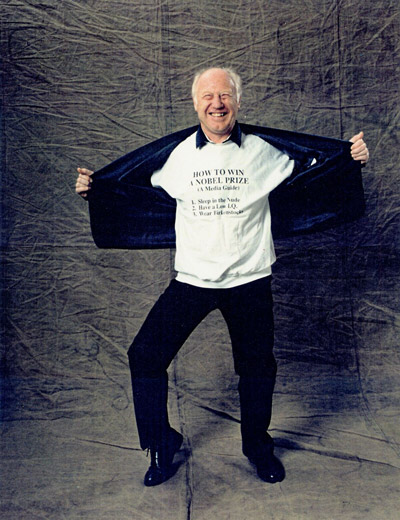 This October, organizations from across British Columbia’s scientific research community are celebrating the powerful legacy of Dr. Michael Smith, the province’s first Nobel Laureate, as we mark the 25th anniversary of his Nobel Prize. Smith’s impact and foundational work in genomics inspired many and helped propel our province to international prominence as a world leader in genomics research.

Smith’s Nobel Prize was awarded for his work on site-directed mutagenesis, a revolutionary technique that allows scientists to make a genetic mutation precisely at any spot in a DNA molecule, helping us understand more about how genes work, and what happens when they go wrong.

According to the news release on CNW, this technique has led to new tests and treatments for diseases such as cancer, with made-in-BC treatments and practices putting the province near the top of world rankings for cancer outcomes. It has also contributed to better understanding of conditions such as Alzheimer’s, cystic fibrosis and immunodeficiency disorders like HIV/AIDS.

A man of humble origins, Smith donated his entire Nobel Prize award. Half of the $500,000 prize went to researchers working in schizophrenia research, at the time a notoriously under-funded area. The other half he gave to Science World British Columbia and to the Society for Canadian Women in Science and Technology, enabling the group to continue supporting and promoting women in their education and career choices.

The Nobel Prize, and Smith’s dedication to using his position to advance BC research as a whole, was a game changer for the province, vaulting the expertise of local scientists onto the world stage and putting BC on the map as a place for world-class research.

Twenty five years after the Nobel Prize, these organizations are carrying on his powerful legacy of research excellence and interdisciplinary work so that BC remains an international leader in life sciences research, making significant discoveries and bringing the benefits to British Columbians.

“Michael inspired leadership and influenced a generation of scientists,” said Dr. Peter Zandstra, Director of the Michael Smith Laboratories.  “He gave generously to BC’s scientific communities and strongly promoted science education and public outreach. It is a great honour for UBC’s Michael Smith Laboratories to host a symposium celebrating Michael’s Nobel Prize. Michael was an extraordinary leader who had a vision to build BC’s biotechnology community. 25 years later, his impact is still felt throughout BC, leaving a legacy we continue to build upon.”

To celebrate the 25th anniversary, the Michael Smith Laboratories at UBC are hosting a scientific symposium on October 1, 2018, focusing on future trends in biotechnology research and education. Further information and registration information is available at www.msl.ubc.ca/25.