A new paper in ​Science ​by ​B. Brett Finlay​ and a team of CIFAR fellows in the ​Humans & the Microbiome​ program proposes that “non-communicable” diseases may be transmitted between people through the microbiome.

“Non-communicable diseases” including heart disease, cancer, and lung disease are now the most common causes of death​, accounting for 70 percent of deaths worldwide. These diseases are considered “non-communicable” because they are thought to be caused by a combination of genetic, lifestyle, and environmental factors and can’t be transmitted between people.

A new research paper in ​Science ​by a team of fellows in CIFAR’s ​Humans & the Microbiome program throws this long-held belief into question by providing evidence that many diseases may be transmissible between people through microbes (including bacteria, fungi, and viruses)  that live in and on our bodies. 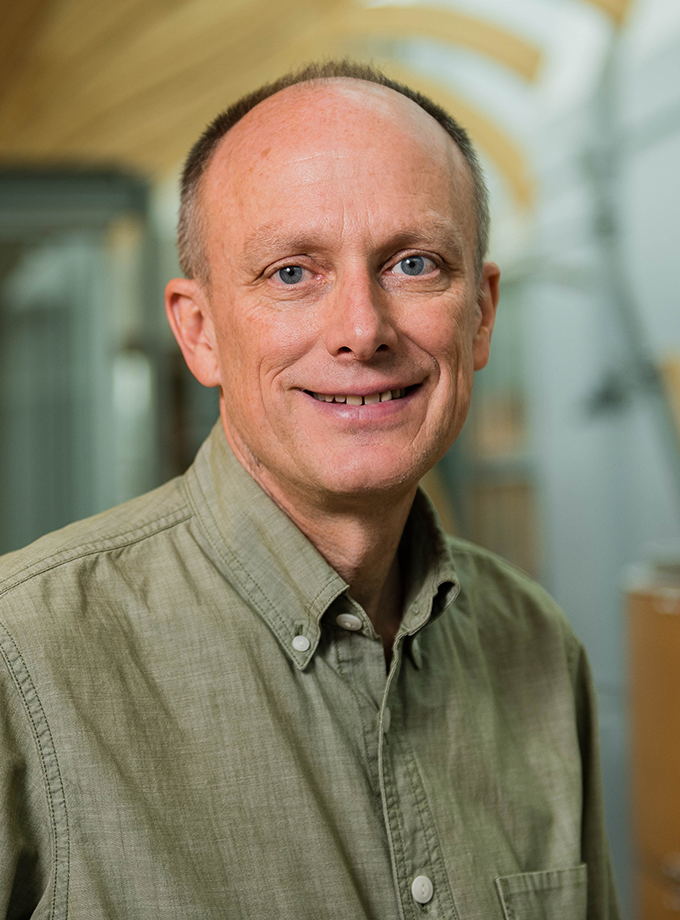 Prof. B. Brett Finlay, Professor at the Michael Smith Laboratories

“If our hypothesis is proven correct, it will rewrite the entire book on public health,” says ​B.  Brett Finlay​, CIFAR Fellow and Professor at the Michael Smith Laboratories at the University of British Columbia, who is lead author on the paper.

The authors base their hypothesis on connections between three distinct lines of evidence. First, they demonstrate that people with a wide range of conditions, from obesity and inflammatory bowel disease to type 2 diabetes and cardiovascular disease, have altered microbiomes. Next, they show that altered microbiomes, when taken from diseased people and put into animal models, cause disease. Finally, they provide evidence that the microbiome is naturally transmissible, for example: spouses who share a house have more similar microbiomes than twins who live separately.

“When you put those facts together, it points to the idea that many traditionally non-communicable diseases may be communicable after all,” says Finlay.

Eran Elinav, an author on the paper, CIFAR fellow, and professor at the Weizmann Institute of Science, sees the proposed connection between these points of evidence as an argument for thinking about disease more broadly. “This may represent new opportunities for interventions in some of the world’s most common and bothersome diseases,” he says. “We can now think about modulating environmental factors and the microbiome, not just about targeting the human host.”

CIFAR’s Humans & the Microbiome program benefits from its international, interdisciplinary network of fellows, advisors and CIFAR Azrieli Global Scholars that includes microbiologists, anthropologists, immunologists, and geneticists, among others. Together they are discovering how microbes that live in and on us affect our health, development and even behaviour.

“This paper provides a provocative new way to think about non-communicable diseases, with important implications for public health,” says Alan Bernstein, President and CEO of CIFAR. “Ideas like this are a great example of what happens when top researchers from around the world work together in an environment of trust, transparency, and knowledge sharing.”

The authors say the paper was a direct result of open and exploratory discussions at a CIFAR program meeting in March 2019.

“The idea developed from the integration of emerging biological data from animal models and from humans, coupled with critical insights with partners dealing with the same concepts, in other contexts, in anthropology and social sciences,” says Elinav.

“It started as a thought experiment,” says Finlay, “but then there was huge excitement when we started thinking about what there was evidence for. As the paper started coming together and new pieces of evidence from different specialties came in, discussions were flying around the table.”

While there is a lot of excitement about this hypothesis, the researchers are clear that much remains unknown about the mechanisms involved. “We still don’t know in what cases transmission increases, or whether healthy outcomes can also be transmitted,” says Maria Gloria Dominguez-Bello, an author on the paper, CIFAR fellow, and professor at Rutgers University. “We need more research to understand microbial transmission and its effects.”

“We hope the paper will inspire further research into the mechanisms and extent of communicability.” says Finlay. “We encourage researchers studying any disease to think about what effect microbes may be having.”

The paper was published in Science on January 17th, 2020.

CIFAR is a Canadian-based global charitable organization that convenes extraordinary minds to address the most important questions facing science and humanity.

By supporting long-term interdisciplinary collaboration, CIFAR provides researchers with an unparalleled environment of trust, transparency and knowledge sharing. Our time-tested model inspires new directions of inquiry, accelerates discovery and yields breakthroughs across borders and academic disciplines. Through knowledge mobilization, we are catalysts for change in industry, government and society. CIFAR’s community of fellows includes 20 Nobel laureates and more than 400 researchers from 22 countries. In 2017, the Government of Canada appointed CIFAR to develop and lead the Pan-Canadian Artificial Intelligence Strategy, the world’s first national AI strategy.

This article was originally published on the CIFAR website.