Supporting the fight against
fungal pathogens

When it comes to fungi, most people think of mushrooms. Some mushrooms are used as food all over the world and can be a kitchen staple for many people. As delicious as mushrooms are, this article focuses on a different type of fungus. A fungus that is not a pizza topping, but rather one that is dangerous to human health and responsible for life-threatening brain infections.

Cryptococcus neoformans  is a fungus that lives in the environment and affects human health on a global scale. Breathing in the microscopic cells of the fungus can cause some people to become sick; although, most healthy people who are exposed to the fungus never actually get sick from it. Infection with C. neoformans  becomes more of a concern for those people with weakened immune systems as the resulting disease can lead to fatal results.

C. neoformans  is particularly a health concern for the 37 million people suffering from Acquired Immune Deficiency Syndrome (AIDS) worldwide. In particular, this fungal pathogen is responsible for approximately 15% of deaths in patients with AIDS, making it a serious health issue around the world, but especially in Subsaharan Africa.

However, in the last few decades, another species of Cryptococcus (Cryptococcus gattii)  has gained much attention. A fungus thought to be only found in tropical and subtropical climates has appeared in British Columbia. Related to C. neoformans, C. gattii  first emerged as the agent of human and animal disease on Vancouver Island in 1999, and then spread to the Lower Mainland in 2004.

A relative newcomer to the list of diseases found in British Columbia, what makes C. gattii  more dangerous to the public?

C. gattii  has the ability to cause meningitis in people with healthy immune systems, attacking those who would not normally be affected by C. neoformans. C. gattii  infections are also caused by breathing in the microscopic cells of the fungus, which then infects the lungs and central nervous system, or both.

Research about both species of Cryptococcus is necessary in order to prevent and/or treat disease. 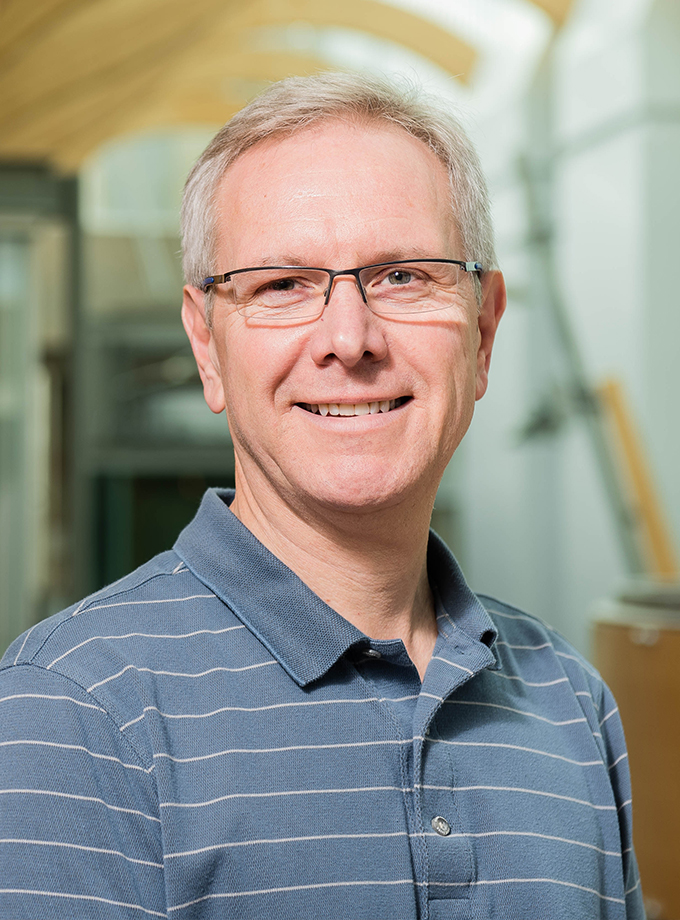 Prof. Jim Kronstad, Professor at the Michael Smith Laboratories and Department of Microbiology and Immunology

In July 2019, the Canadian Institutes of Health Research (CIHR) awarded a project grant of almost $850,000 to Prof. Jim Kronstad, Professor at the Michael Smith Laboratories and Department of Microbiology and Immunology, to continue a long-term research program on these deadly fungi.

Prof. Kronstad and his lab hope to find new strategies to effectively treat the infections caused by C. neoformans  and C. gattii. More specifically, the Kronstad lab is investigating how the fungi attack people, and how they defend themselves against the human immune system.

Strategies to break down the wall

Once C. neoformans  infects the human cells, it can build protective structures to shield itself from human immune defences, allowing it to proliferate and spread in the body. Using the latest technologies in genetics, genomics, biochemistry, and cell biology, the Kronstad lab hopes to learn more about these defence structures and how this barrier can be broken down. This new knowledge will support the Kronstad lab’s recent discoveries and may lead to new methods to treat fungal diseases.

To learn more about the research in the Kronstad lab, please visit kronstadlab.msl.ubc.ca.

Breaking Down the Barriers: Can Lithium be the Answer for Future Antifungal Therapies?