of studying the gut microbiota of the honey bee

“Microbiota” seems to be the buzz word in today’s research, but what is the microbiota and why are researchers so intent on learning more about it? The microbiota is the group of microorganisms living within an individual or in a specific environment. It has become the focus of many research papers as the microbiota can help determine health and overall fitness. 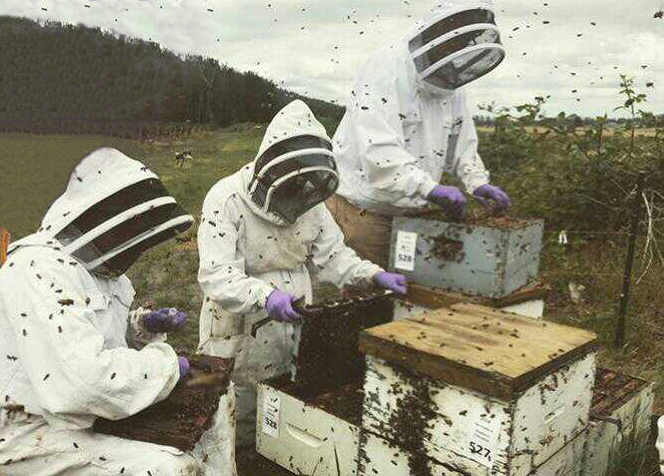 We often hear about the microbiota in terms of the human gut, like the pioneering research of Prof. Brett Finlay on the subject, but the microbiota can also be a health indicator for pollinators such as honey bees. A team of students from Prof. Leonard Foster’s lab compiled findings and current techniques used to study the gut microbiota of honey bees in a review article recently published in Insect Molecular Biology. This review is a remarkable achievement for a team composed of a Master student, Sofia Romero, and two Undergraduate students, Alexandra Nastasa and Abbi Chapman.

Sofia explains how this article was born as part of a class requirement, and her supervisor encouraged her to keep working on it once the class was over. Sofia describes the experience as challenging but rewarding saying, “[At first] everything about writing this review was a challenge: determining the scope, identifying the key elements of the research done so far from the read articles and being able to discuss them…” Having now been published, Sofia encourages graduates students to do the same and to not be easily defeated over the process as the benefits of writing outweigh the hardships. “Write a review related to your research field because the process will increase your knowledge, push you to read more, and keep you updated on the latest research.”

The honey bee’s health significance for research comes from their role as pollinators critical to the agricultural industry, apart from providing honey and wax. In this review, Sofia and Alexandra, and their co-authors explain the evidence linking the bee gut microbiota to the bee’s response to infections or their absorption of nutrients. The authors also highlight how using bees as a model organism can lead to understanding the relationships between individuals and their microbiota for other more complex organisms, such as humans. 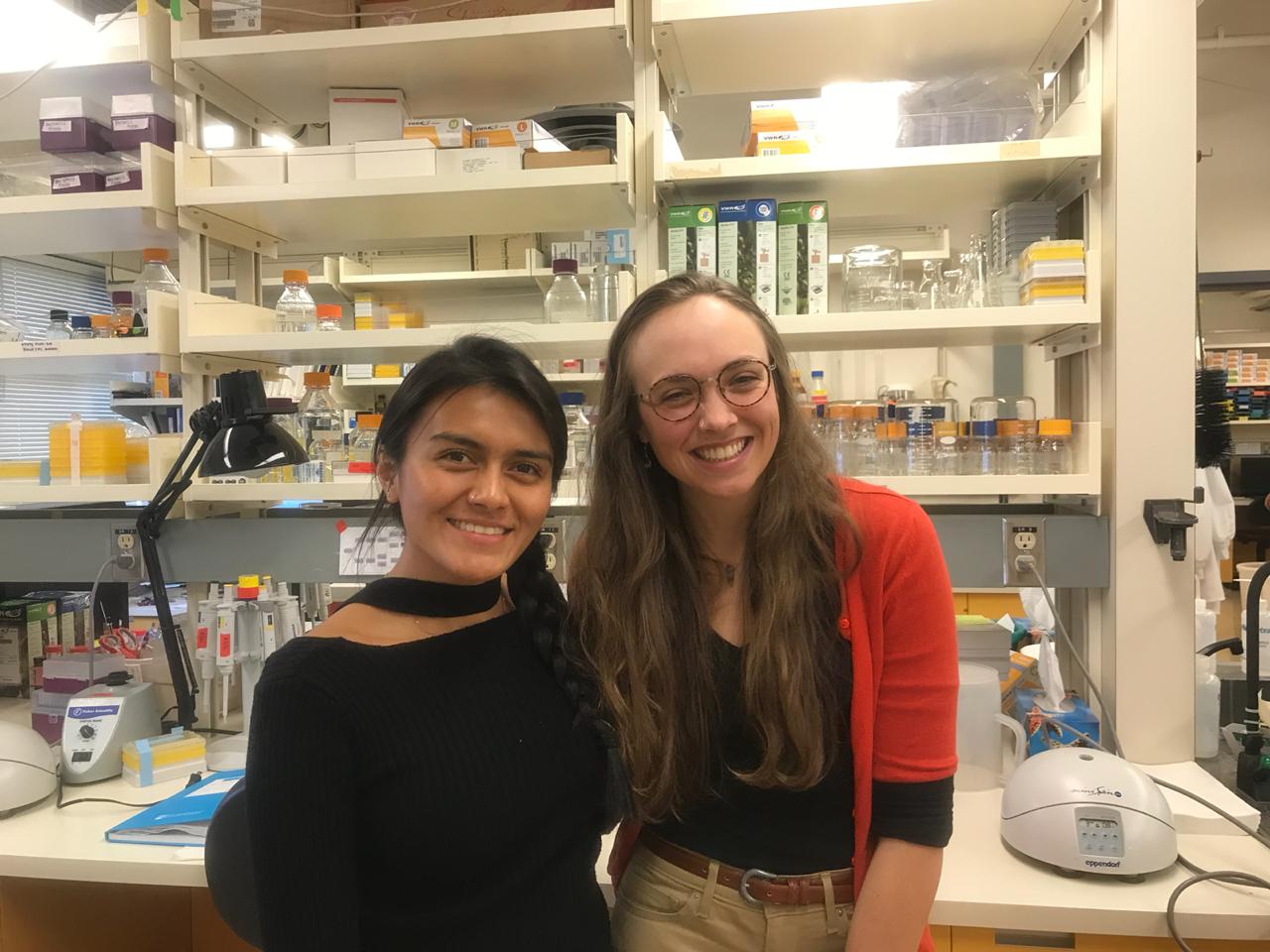 The article describes the genetic techniques used to identify the microbial species living in the Western honey bee (Apis mellifera) gut. They also present strategies to measure the abundances of each of these species and investigate potential microbial interactions that result in the impact on host health. For example, bees treated with antibiotics were more prone to infection from the spore N. ceranae, whereas when bees were treated with probiotics, they showed increased honey production or number of bees per colony.

The review also explores innovative techniques such as metagenomics or genetic engineering, which strongly influenced Sofia’s research. “The final goal of my project is to enhance the bee’s health by boosting the larvae immune system against a lethal pathogen that causes a serious disease called American foulbrood. We do this by engineering the honey bee gut microbiota” she says. However, after reading the literature extensively in this area, she recognizes that she is becoming also interested in metagenomics, which she will pursue in the future.

The Blueberries and the Bees

The power of proteomics and the Foster lab

The BC Proteomics Network (BCPN): Collaboration and Research