Looking for a new card game to entertain the kids and those young at heart? Check out the latest deck to hit the Phylo game circuit! The new “Ocean Wise West Coast Marine Life Deck” features original artwork of organisms and animals inspired by the Vancouver Aquarium. A collaboration between the Vancouver Aquarium, Ocean Wise®, Sentinel Secondary School, and the Advanced Molecular Biology Laboratory, this card game was made possible by the outreach efforts from many various local groups. In a world where kids know more about Pokémon creatures than they do about real creatures, the “Ocean Wise West Coast Marine Life Deck” combines education and fun, by building-your-own marine life food chain! 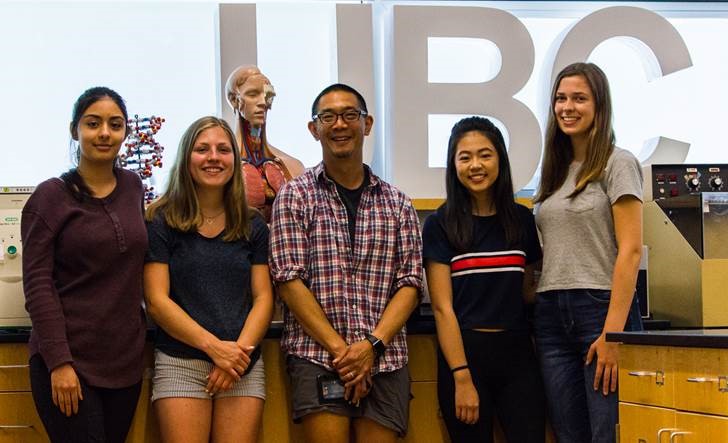 Dr. Dave Ng, Director of the Advanced Molecular Biology Laboratory at the Michael Smith Laboratories and Founder of the Phylo game, highlighted that the inspiration for this card deck was actually “student-driven” from youths attending Sentinel Secondary School in West Vancouver. When asked about the students behind the game, Dave said, “Sentinel Secondary School was able to recruit an awesome team of Grade 11’s and 12’s, which included Sherry Hongyu, Saina Nemati, Sarah Pudritz, Elise Verdin, Bita Mojtahedzadeh. Many of them had an interest in coastal environmental issues which worked really well for this project.”

This group worked together with the Ocean Wise® outreach team at the Vancouver Aquarium to design a game that included species from within the Vancouver Aquarium ecosystem. The students did a fantastic job creating the structure and rules for the game, which were reviewed by teaching candidates who were doing a practicum placement at the Aquarium. The game was reviewed to ensure that it met the needs of its core audience, while still maintaining ecosystem accuracy.

The goal of the game is to win as many points as possible by playing cards to build a food chain. The game includes species cards, but also event cards which can positively or negatively affect the food chain. It simulates real-life scenarios with species currently living in the Vancouver Aquarium. Dave Ng suggests that these types of games work well in teaching situations where there is a holistic view, such as creating an ecosystem. These games can better show how all the different components come together and work as a system. Though this game requires some strategy, it can still be played with children as young as the age of 8. This game is best played with two to four people and can be used as an extension of the Beaty Biodiversity Museum Starter Deck.

This game can be download for free online at www.phylogame.org.

Original illustrations by Bita M, one of the student creators of the card deck