Playing a Pokémon-like card game about ecology and biodiversity can result in broader knowledge of species and a better understanding of ecosystems than traditional teaching methods, like slideshows, according to new research from the University of British Columbia. 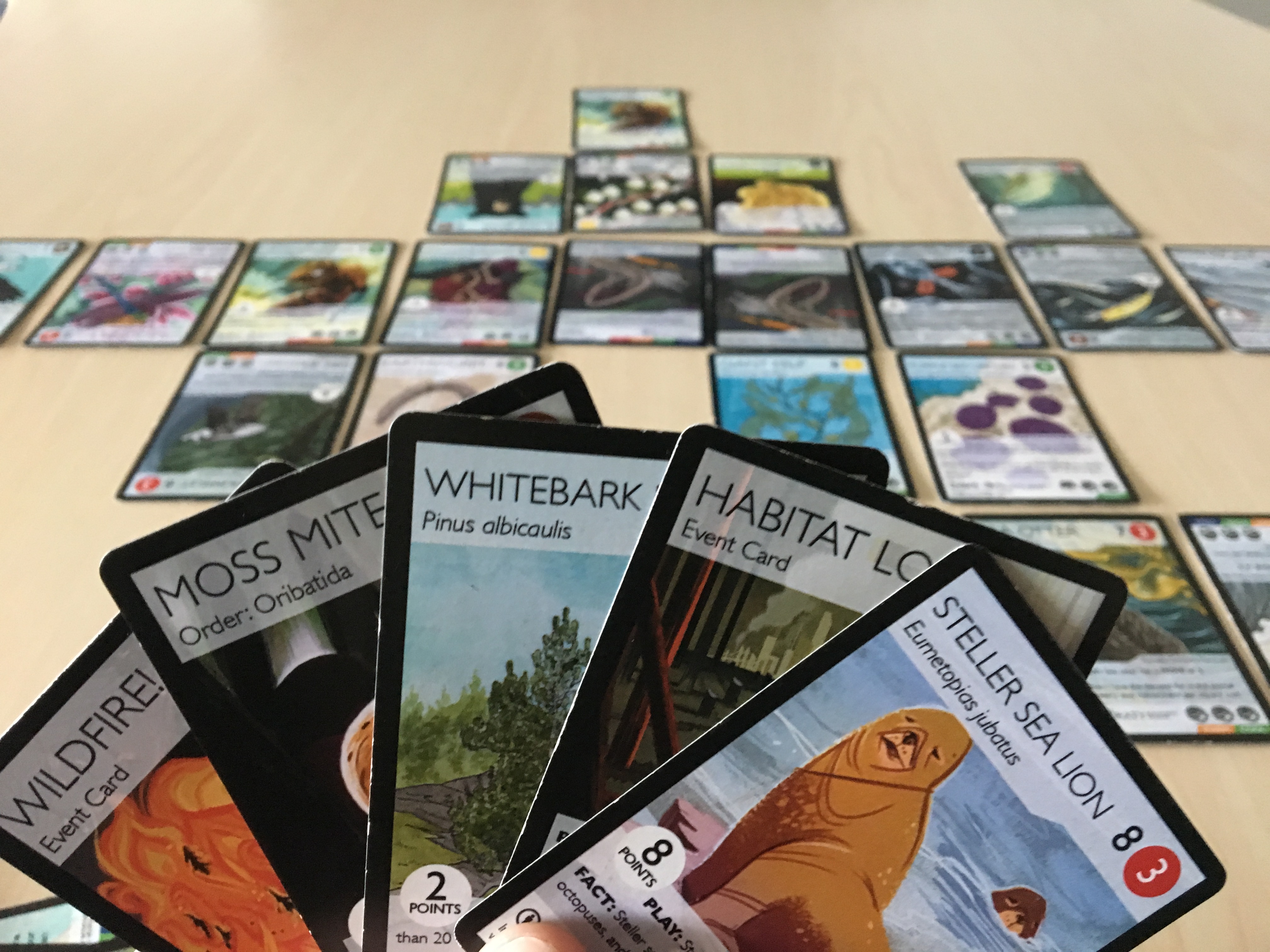 An open-source project launched in 2010 by UBC biologist David Ng and collaborators, the Phylo Trading Card Game works similarly to Pokémon trading cards, but uses real organisms and natural events instead of imaginary characters. While the Phylo project has proven immensely popular around the world, this is the first study to have tested its efficacy as a teaching and learning tool.

Researchers examined how people who played the game retained information about species and ecosystems, and how it impacted their conservation behavior. They compared the results to people who watched an educational slideshow, and those who played a different game that did not focus on ecosystems.

“Participants who played the Phylo game weren’t just remembering iconic species like the blue whale and sea otter, but things like phytoplankton, zooplankton and mycorrhizal fungi,” said lead author Megan Callahan, a PhD candidate in the Institute for Resources, Environment and Sustainability. “They would say things like, ‘I really needed this card because it was the base of my ecosystem,’ or, ‘When my partner destroyed my phytoplankton it killed all of my chain of species.’ Obviously, the game is sending a strong message that is sticking with them.”

Participants in both the Phylo Game group and slideshow group improved their understanding of ecosystems and species knowledge, but those who played the Phylo Game were able to recall a greater number of species. They were also more motivated to donate the money they received to preventing negative environmental events, such as climate change and oil spills. (Study participants were rewarded with a toonie [$2] or a loonie [$1], and were given options to donate the money toward different causes.)

“The message for teachers is that we need to use all possible ways to engage the public and get them interested in and caring about the issues of species extinctions and ecosystem destructions,” said Callahan. “Something as simple as a card game can be adapted to any environment, from classrooms to field-based workshops, in any location. Our study shows that this can be a really beneficial way of learning about species, and their ecosystems and environments.” 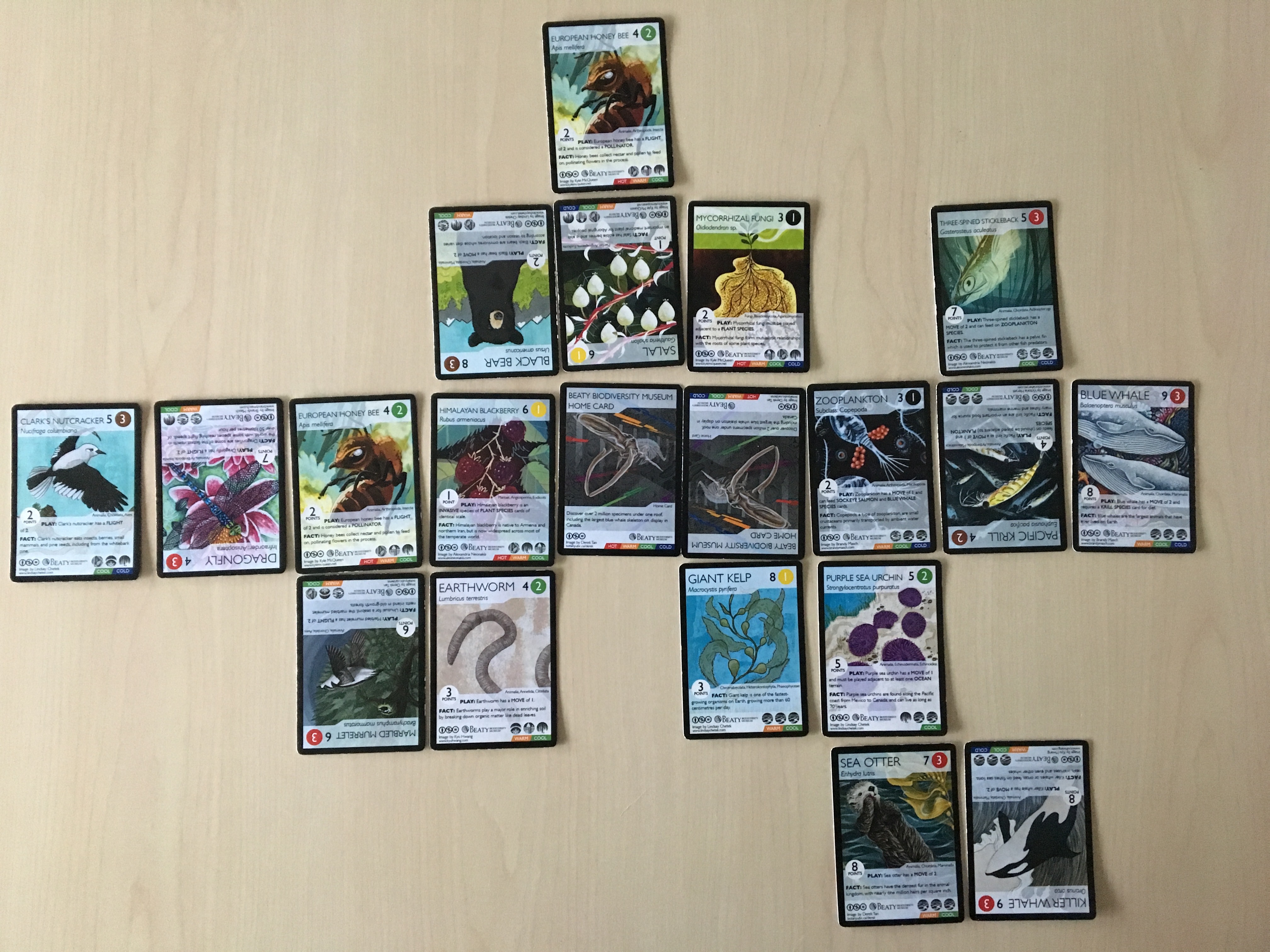 Researchers used a deck created for the Beaty Biodiversity Museum that focused on British Columbia’s ecosystems, but there are many other versions of the Phylo cards circulating the world. A global community of artists, institutions, scientists and game enthusiasts have created numerous iterations of the game—including decks featuring west coast marine life, dinosaurs, microbes, and even a Women in Science version created by Westcoast Women in Engineering, Science and Technology.

“We have 20 to 30 decks and more coming every year,” said Ng. “Games have a way of enticing anybody.”

All Phylo decks are open-source and can be downloaded for free from the Phylo website. The Beaty deck, used in the study, is also available at the Beaty Biodiversity Museum gift shop.

The study, “Using the Phylo Card Game to advance biodiversity conservation in an era of Pokémon”, appears in Palgrave Communications.