Autism spectrum disorder (ASD) is a mental disorder affecting the development of the nervous system, characterized by deficits in social communication and repetitive behaviours. This condition manifests in early childhood and lasts a person’s entire lifetime, and the most important risk factor is genetic.

The genetics of ASD is very complex and involves an interplay between common inherited DNA variants and rare, often de novo (not present in parental genomes), variants. In the past decade, a lot of research effort has been dedicated to the discovery of rare damaging variants in affected individuals. ASD candidate variants have been found across many different genes, however, only a few dozen genes are considered to have a strong association with ASD. This is what makes the identification of potentially causative variants in a patient very challenging. Researchers at the University of British Columbia have published an article in Clinical Genetics identifying five new de novo gene variants closely associated with ASD and dozens of others potentially causative variants. 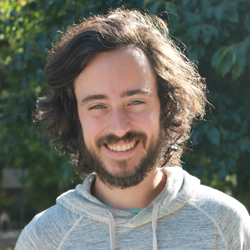 Benjamin Callaghan, co-lead author in the Pavlidis lab and a recent MSc graduate 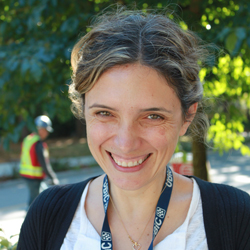 “The aim of the study was to use Whole Genome Sequencing to identify genetic variants that are likely to cause ASD,” said Dr. Sanja Rogic, Research Associate in Paul Pavlidis lab and co-lead author of the article. This technique allowed the researchers to get a near comprehensive picture of all the genomic variation occurring in 119 subjects with ASD by examining their complete DNA sequence. These patients were recruited through the research registry of the ASPIRE program (Autism Spectrum Interdisciplinary Research) and, together with collaborators from the BC Children’s Hospital, were carefully selected after the assessment of a Medical Geneticist who obtained extensive phenotypic data of the observable characteristics or traits of the patients.

The Whole Genome Sequencing data was analyzed using an in-house computational pipeline. “Our main challenge was not having the DNA sequences of the patient’s parents that is necessary to determine which of the discovered variants are de novo and thus more likely to be damaging,” explained Benjamin Callaghan, co-lead author in the Pavlidis lab and a recent MSc graduate. “For this reason, we had to carefully evaluate all the other available evidence to distinguish which were likely damaging variants among millions of benign ones. It was helpful that we had a large amount of phenotypic information available for each subject, which we used to corroborate our variant prioritization.”

The computational process filtered and prioritized the subjects’ DNA variants to identify the most likely damaging ones. Criteria such as rarity in the human population (common variants are less likely to be damaging) and evolutionary conservation (high sequence conservation across different species indicate intolerance for change) were used in this analysis. The researchers also added information from previous reports of gene association with ASD, or, more generally, neurodevelopmental disorders.

Top candidate gene variants were then assessed for inheritance using samples from the patient’s parents when available. The authors found and confirmed five de novo variants that were highly likely to be the cause of ASD. All of the de novo variants occurred in genes with prior ASD or neurodevelopmental disorders association. One example of these findings was the two de novo damaging variants found in gene SCN2A. Callaghan describes SCN2A as “a gene involved in neural communication” and “one of the genes with the strongest evidence for association with ASD”. The other three variants occur in genes that similarly have some prior association with neurodevelopmental conditions.

The new findings of this study contribute to the complex world of the genetics associated with ASD. “The hope is that continuing efforts of reporting and cataloguing variants found in ASD individuals, alongside other ASD related research efforts, will continue to increase our understanding into the neurobiology of this complex disorder,” adds Dr. Rogic.